How did you discover the bluesharp ?
~ My grandfather was a preacher all around Texas and the Southern U.S. and he played the harmonica. He only played folk and traditional songs, though. I got into blues when I was about 14 years old and the first blues harp songs I remember hearing were by Little Walter, Frank Frost and Lazy Lester...guys like that. It just blew me away. Later in life, my wife got me an instruction book and a harmonica. After that, the blues harp never let me go !

If everything would be possible (waking the dead included) , which bluesharp player would you invite for a jam session?
~ There are so many, it's hard to say. Most likely Paul Butterfield. I'd probably end up so amazed I wouldn't be ably to blow a note !

What is your favorite bluesharp brand / type and tell us why?
~ I am an endorser for the Bushman Delta Frost. I really like them but the company has had horrible supply problems the last few years. I really like the Suzuki Blues Master and use them a lot.

What are the most important tips you can give to someone who wants to learn to play the bluesharp?
~ Listen to the blues players you like and learn as much as you can. Don't just try to copy them, though...make your own blues and build your own style. When you get the basics down, go out and jam with live bands. Nothing will build your ear and abilities like a live setting.

Tongue blocking or lip pursing, what do you prefer and tell us why.
~ I use mostly lip pursing. I was a horn player (trumpet) for many years and I think I gravitated to lip pursing because of that. I have greater speed with pursing vs blocking.

Give us the 3 most important albums every (beginning) bluesharp player must buy.
~ Anything by Paul Butterfield. Also any albums by Anson Funderburg and the Rockets featuring Sam Myers . I knew Sam from my days in Texas and just always loved his style and sound. Frank Frost, Lazy Lester. You can't go wrong with any of them.

How do you clean your harps?
~ I'll put them in a bowl of warm water with some baking soda and let them sit a couple of minutes. Then swish them around. You won't believe what comes out !! Just let them air dry really well and they are good to go.

What is the question interviewers never seem to ask you and...you wish they would? (Please provide your answer as well.)
~ I can't think of a question they don't ask...but most all of them ask if I am related to Stevie Ray Vaughan. We both grew up for years in Dallas, Texas about 20 miles apart but aren't related (that I know of). I would like to think that Stevie got blamed for a lot of the stuff I pulled in my younger years.

Describe the ultimate recording studio (not the technique but the facilities)
~ I am not up on all the technology for recording. I do think a producer with a great ear is paramount as is the person doing the mastering. I really love the Harbinger Northwest Studio in Oregon.

Are you still nervous before going on stage and if so, do you use any "rituals" to calm you nerves?
~ No, the nerves left a long time ago....

What was the most memorable day in your musical career?
~ There are so many, really. Playing with Big George Brock for his 80th birthbay at B.B's Jazz and Blues in St. Louis, sharing the stage with Texas blues legends Smokin' Joe Kubek and Bnois King in Oregon. Meeting artists like B.B. King, Doug MacLeod and Merle Haggard. Any time we play a show and the folks are really diggin' the music... and you can see that you are touching them and affecting their lives. That, to me is ALL memorable. 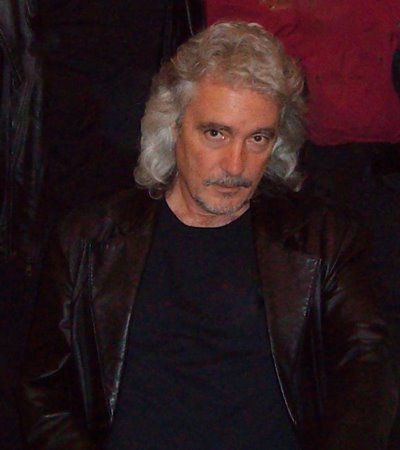 For more info about Ted Vaughn you can go to: