How did you discover the bluesharp?
~ I used to mess around with it during college, when I was a bass player and vocalist in bands. Then I put away music for several years. When I came back to music, I wanted to do something to go with singing but I didn't really like playing bass and singing at the same time. I thought I would try the harmonica, and very quickly I became addicted (and also realized that I was getting better very rapidly).

If everything would be possible (waking the dead included), which bluesharp player would you invite for a jam session?
~ Either Paul Butterfield (for his sheer aggression and attitude on the harp) or Stevie Wonder (I know, a chromatic player, but as an overblower I am very influenced by the chromatic in terms of phrasing).

What is your favorite blues harp brand / type and tell us why?
~ I am a Seydel endorser and play the 1847 Silver. I play all kinds of music, especially jazz and rock, and I find the steel reeds on the 1847 to be the most responsive and durable.

What are the most important tips you can give to someone who wants to learn to play the bluesharp?
~ Listen to everything from as many genres as possible, including other instruments like horns or the guitar. Little Walter is held up as the standard now, but he was an innovator from another planet in his time. He got that way partly by emulating the horn parts he heard on records. Be a sponge and learn from every source you possibly can.

Tongue blocking or lip pursing, what do you prefer and tell us why.
~ I use both, depending on the situation. Probably a bit more lip pursing due to the amount of jazz I play and the way I use overblows. I think most players are best served to learn how to do both well.

Give us the 3 most important albums every (beginning) blues harp player must buy.
~ Little Walter "His Best"; Paul Butterfield's Better Days (first album); anything by Sonny Terry

What is the question interviewers never seem to ask you and...you wish they would? (Please provide your answer as well.)
~ "What are you trying to accomplish as an artist?" I am a songwriter first and foremost. I am hoping to pour my ideas and worldview and emotions into the universe in a way that touches the heart and the mind in equal measure. My use of the harmonica is just one part of that.In terms of just my harmonica playing, I try to show that I can use the harmonica to put my personal stamp on any kind of music.

Describe the ultimate recording studio (not the technique but the facilities)
~ Comfortable, fun, warm tones, cool temperature... joined by good friends. The studio is about good chemistry between musicians and engineers more than it is about equipment, in my opinion. Ideally there's a place to relax between takes.

Are you still nervous before going on stage and if so, do you use any "rituals" to calm you nerves?
~ I generally only get nervous when I have to talk to the crowd, especially if they are teenagers. When I am actually singing or playing, I can (and usually do) lose myself in the performance.

What was the most memorable day in your musical career?
~ Every day that I play music is memorable, because I view the ability to make music as an immense privilege. If I had to point to one or two specific events... (1) In 2007 I performed at the first Mississippi Grammy Celebration. I got to play a couple of songs with Marty Stuart and James Burton. (2) In the spring of 2016 I performed my song "Fragments" at a chapel service at my high school alma mater, St. Andrew's Episcopal School in Jackson, Mississippi. The song is about trying to understand one's place in an infinite universe, while thinking about someone who is gone from our lives forever. This was not long after my Mom died, and I made a little speech or sermon before we played the song. This was a great privilege for me, especially since my Dad was in the audience. 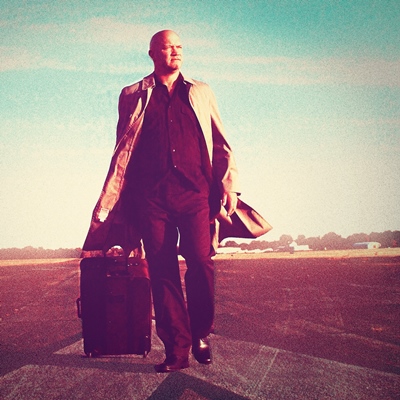 For more info about Scott Albert Johnson you can go to:

Answers given on January 11, 2017
photos by Susan Margaret Barrett