How did you discover the bluesharp ?
~ There are two parts to the answer. I discovered the harmonica from a listening perspective through the music of Muddy Waters in my mid-teens. For some reason the harmonica spoke to me more than then other instruments. I fell in love with it as instrument before I played it. I didn't have a positive experience of music education at school, so it didn't cross my mind to start playing the harmonica despite a growing interest in the blues. All that changed in October 1988 when a casual suggestion from a friend to go see a band she had seen ended up changing my life. The band was Holwin Wilf and Veejays (today playing as James Hunter Six). I was so moved by the live experience of seeing and hearing someone play blues harp properly live I just knew I had to try and learn myself. I went and bought one the next day and never looked back.

If everything would be possible (waking the dead included) , which bluesharp player would you invite for a jam session?
~ Ooooo that's really hard. If I could only choose one it would be Big Walter Horton. I would love to have heard his acoustic tone live. Sitting right next to him, up close. I imagine it would just cut right through you. For me tone is the essence of blues harp playing. It all comes down to that sound.

What is your favorite bluesharp brand / type and tell us why?
~ My favourite stock harps are Hohner Marine Bands and Crossovers. For me they have the best tone. Having said that, it's important to recognise that there has been a revolution in harmonica quality from all the main manufacturers over the last 15 years or so. Hohner's, in my opinion were unplayable and shockingly inconsistent in the 90's. Manufacturers such as Suzuki and Seydel forced other brands to raise their game. Today all the main brands make excellent harps which are in tune, playable and reliable.

Whisky wine beer or ...?
~ Negroni's. But not to many. I should also tell you I'm partial to the dutch chocolate drink Chocomel. Childhood memories.

How do you clean your harps?
~ Are really interested in that? I just tap them out when I play. Every now and again if I need to take the cover plates off I'll clean them a bit more thoroughly. I'm not a gear fetishist. I spend more time playing them then worrying about gear. When I first started I didn't realise there were numbers on the cover plates until after about 6 months. I was focused on playing not how they worked etc.

What is the question interviewers never seem to ask you and...you wish they would? (Please provide your answer as well.)
~ I don't do enough interviews anymore for that to be a problem. Do you think the blues community has to face a question around the future of the genre and the dangers of becoming a museum piece rather than an evolving medium.

Describe the ultimate recording studio (not the technique but the facilities)
~ Well first you need a place with the right atmosphere and energy. That's essential. For me, somewhere with space where the whole band can play live. Obviously a great desk and gear. Also critical is a great engineer who understands your concept and builds energy. They bring everything together and even the best gear can sound terrible in the wrong hands.

Are you still nervous before going on stage and if so, do you use any "rituals" to calm you nerves.
~ Yes I do still get nervous before a live performance. But this is a good thing, it's a sign that something important or special is going to happen. That you are taking a risk. That you are putting what you do in front of people. It would be strange if you didn't feel some kind of emotion. It's a case of turning those feelings into positive energy. These days I just try to relax, enjoy the atmosphere and not think too much before playing. I put much more emphasis on having a good time personally than I used to. I used to take things so seriously my focus ironically ended up getting in the way sometimes. Balance people, balance.

What was the most memorable day in your musical career and tell us why.
~ Again tough question, there have been many important milestones to reflect on. I have to give you three answers, in no particular order. First, playing Ronnie Scotts with my own band for the first time. It was incredible to be playing the same place where I'd seen so many of my heroes. The first time I met Kim Wilson. I was introduced to him by a friend back stage before a T'Birds show in London. That was a huge moment for me having spent so 1000's of hours playing along to his albums. Seeing my debut album My Day Is Just Beginning in the number 1 slot in a large record store in London. A fantastic feeling after a long journey and a lot of work. Seeing a physical product you created in a store selling well is enormously satisfying. 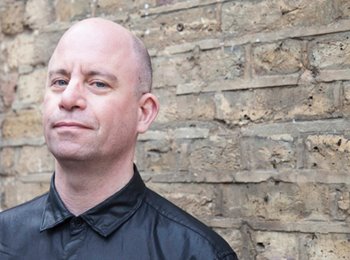 For more info about Lee Sankey you can go to: