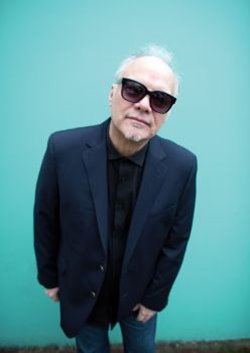 How did you discover the bluesharp ?
~ In 1967 / 68 My mother brought home for me, a harmonica and a book called (How to play blues harmonica ) by ...Tony "little sun" Glover. For years it was the only harmonica publication out there. My Family Love music and my mother and father were jazz lovers ..so Count Basie Duke Ellington. Ray Charles Jimmy Rushing, Fats Waller Earl Hines Ray Charles. etc etc recordings were being enjoyed in the house constantly. Then my older Brother and Sister were listening to what was popular and hip & contemporary at that time.
My older brother was listening to Paul Butterfield... It was Paul Butterfield first record that had influenced a lot of us.
Then for Christmas my Sister gave me a Little Walter LP called .. (Hate to see you go.). This was on Chess records. I didn't pay much attention to Paul Butterfield after hearing Little Walter. And I still listen to that Little Walter record to this day !

If everything would be possible (waking the dead included) , which bluesharp player would you invite for a jam session?
~ Little Walter

What is your favorite bluesharp brand / type and tell us why?
~ The Hohner Crossover ... They have a bright crisp sound.
I have not played one yet that doesn't feel right playing it straight out of the box..
A Man by the name of Joe Filisko helped Hohner design it..
Great diatonic harmonica

What are the most important tips you can give to someone who wants to learn to play the bluesharp?
~ Learn Piano and other instruments as well ...along with the harmonica.
Be patient.. When practicing , take your time..

How do you clean your harps?
~ Toothpick to clean out the harp cheese. If something get stuck in the reeds .. I Remove the cover and I take a very thin metal tool to clean it out.

What is the question interviewers never seem to ask you and...you wish they would? (Please provide your answer as well.)
~ Question ..Do Blue Men Sing The Whites ?... Answer ... Yes They Do !!

Describe the ultimate recording studio (not the technique but the facilities)
~ I would build A huge studio about 80' x 60' with a 30 foot ceiling with veritable acoustics and rotating panels... I'd have the walls built with 4 or 5 inches of cork and take a cement slab then suspend it inside the building, that didn't touch the walls and then the walls of the studio were supported by that cement slab ...there would be no physical contact between the outer walls and the inner walls... I'd like to have the old and the new ..Like maybe a couple of Ampex 300s so I can go analog... if I wish.. But have a modern console as well like a SSL console and a few Neumann U47s And Fairchild 670 Compressor / limiter and maybe an old EMT plate for reverb

Are you still nervous before going on stage and if so, do you use any "rituals" to calm you nerves.
~ I don't get nervous when I'm on stage. I can't wait to Play music, but I used to get nervous when I was a kid...but that left a long time ago.
I do vocal warm-ups before I hit the stage .

What was the most memorable day in your musical career and tell us why.
~ That's an impossible question to answer , but I'll give you the answer to what was 1 of the most Memorable days of my career. Clifton Chenier The king of zydeco music, stayed at my apartment for a week in the 1970s. He was playing a bar in Eugene Oregon and Clifton and his road manager Davis Petrie stayed at my apartment... I have Clifton Chenier recordings on Arhoolie Records, but I had never seen him perform live ..
The agency who book him, ask if Mr. Petrie and Mr Chenier could stay with me ... I jumped at the chance and said yes!!
I went to the club to watch them perform and to introduce myself and bring them to my apartment...there was this big black man standing outside the club..with a big cigar in his mouth.. I've never seen them before and I knew he had to be with Clifton. He must've been about 6 foot 3 ... I looked up at him and I said are you with Clifton Chenier? He said yes, and I told him that they were staying at my apartment. And then because I didn't know what else to say , I ask him if he knew how to cook Gumbo .. And with This Creole southern accent, he looked down at me, took the cigar out of his mouth, and said, "Aaa baby ..I'll make you some gumbo... make you bite your fingers off"!!! .. I knew right then that I was a lucky lucky man..
Clifton Chenier and his band just devastated me!! This has to be one of the greatest musical experiences I have ever witnessed with the toughest band on the planet.
Robert St Judy on drums jumping Joe Morris on bass Little Buck on guitar Just to make it more scary .. Stanley Direlle a.k.a. Buckwheat ..was on Hammond B3 organ...This is before he went out on his own. And with Clifton's amazing stage presence and playing that accordion. And singing ! .It Was Unbelievable!!!....Not at all like the recordings... My Hair stood up. They played from 9 PM until 2 AM without taking a break!! And they drove 300 college kids into a screaming sweaty frenzy , Including myself. And One thing I learned that night... I would never never follow a zydeco band.
They stayed at my apartment from Wednesday night to Sunday morning. The band would come from their hotel over to the apartment where Davis Petrie cooked breakfast lunch and dinner for the band and me . That was my first experience with REAL Louisiana Cajun / Creole Cuisine and NOTHING has come close to it since. And the Gumbo ? I am missing two fingers on my right hand. 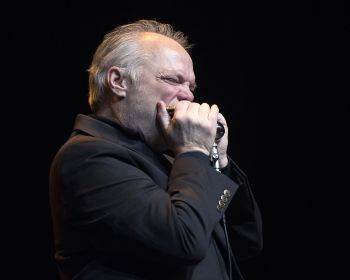 For more info about Curtis Salgado you can go to: