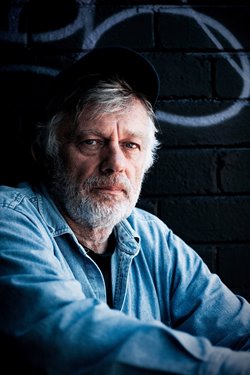 How did you discover the bluesharp ?
~ I was aware of country harp but heard Sonny Terry, and Hammie Nixon with John Estes a little later in the early/mid sixties. Naturally the white UK and US beat groups also were an early influence.

If everything would be possible (waking the dead included), which bluesharp player would you invite for a jam session?
~ I'd be too nervous to ask but probably Walter Horton or Blues Birdhead just to ask them to teach me some of what they're doing.

What is your favorite blues harp brand / type and tell us why?
~ I have an endorsement with Hohner so probably Crossovers and for custom work I prefer Neil Graham's harps from Tilba in New South wales, Australia.

What are the most important tips you can give to someone who wants to learn to play the bluesharp?
~ Work on getting a good tone but don't show off with lots of notes. The song is the star not you. It's better to play a few notes right than lots of notes wrong.
Remember the Blues is not an academic thing or a hobby like stamp collecting.
I work every two weeks in a local prison running the music program for the guys and believe me, I get closer to the core of the Blues through them than any book or record.

Tongue blocking or lip pursing, what do you prefer and tell us why.
~ I tongue block ( sort of ) but I use some puckering sometimes. I started blocking because of the little sheet you used to get in the harp boxes showing you how to play.

Give us the 3 most important albums every (beginning) blues harp player must buy.
~ Sonny Terry "harmonica and vocal solos" on Folkways
Best of LIttle Walter - Chess
The soul of Blues harmonica by Walter Horton on Checker

How do you clean your harps?
~ I use a dish washing liquid and a stiff tooth brush. I brush away from the rivet holding the reed in place otherwise you might snag the reed. And I try and stay away from Coca cola type drinks as the syrup clogs the reed.

What is the question interviewers never seem to ask you and...you wish they would? (Please provide your answer as well.)
~ I don't have a specific question as most interviewers don't have much of an idea of what we do. They generally have more knowledge about the pop aspects of music.

Describe the ultimate recording studio (not the technique but the facilities)
~ I prefer studios that do not have distractions like games or are in a beautiful part of the world so you get distracted by outside activities. You're there to work and the more preparation you do before you go in the better and the cheaper the process.

Are you still nervous before going on stage and if so, do you use any "rituals" to calm you nerves?
~ The only ritual I have if I'm nervous, and it generally works, is I imagine the whole audience on the toilet. That is the levelling image. We are all mortal at that point.

What was the most memorable day in your musical career?
~ I have no idea. There's still more to come. 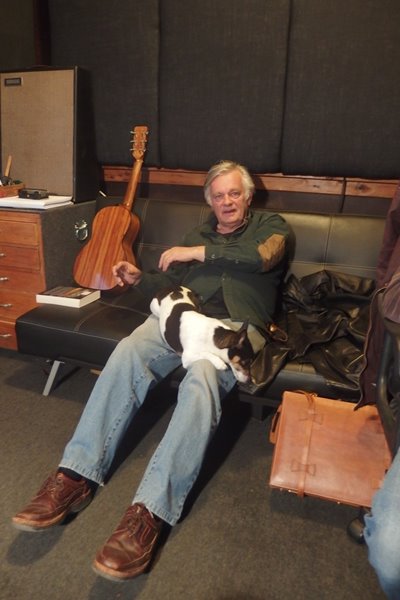 For more info about Broderick Smith you can go to: